The islands of Cyclades are characterized by a traditional minimal but daring architecture, which.

Whitewashed houses, with wooden windows and doors, usually in shades of blue, and flat rooftops, rarely covered with tile, adorn the villages of the island, the mountainsides and the seaside.

The buildings are relatively small, with one or two floors, thick walls and small openings, adjusted to the terrain’s slope and placed in the most convenient orientation, so as to be protected from the strong wings.

Dozens of traditional villages are waiting for you to discover their original Cycladic architecture & tradition. 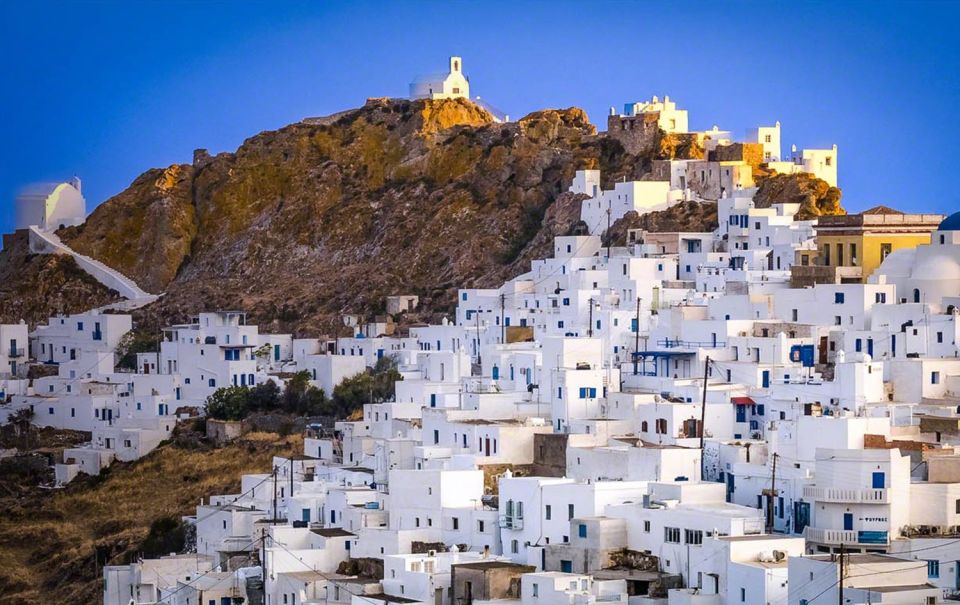 Nowadays only two "Lotzies" (entrances) are left of the Mediaeval settlement, one of which bears an emblem dating back to the days of the Venetian Rule. At the top of the hill there are ruins of the Venetian fort built in 1434 by the Michielli family, whereas right at the top of the rock there is the Church of Saint Konstantinos.
From this point the visitors can take in the wonderful view of the Aegean sea and the nearby islands of Sifnos, Kithnos, Milos and Kimolos spreading ahead of them.
A short walk down the hill there is the church of Agios Yiannis of Theologos, built in a cave in a rock. According to the legend, the church is built on the ruins of the ancient temple of Athena.

Hora, the capital of Serifos, is an architecturally protected settlement that features the traditional Cycladic colours and architecture. This is a typical Mediaeval fortified settlement, built amphitheatrically on a rocky hill at the bay of Livadi to protect the inhabitants from pirate raids. 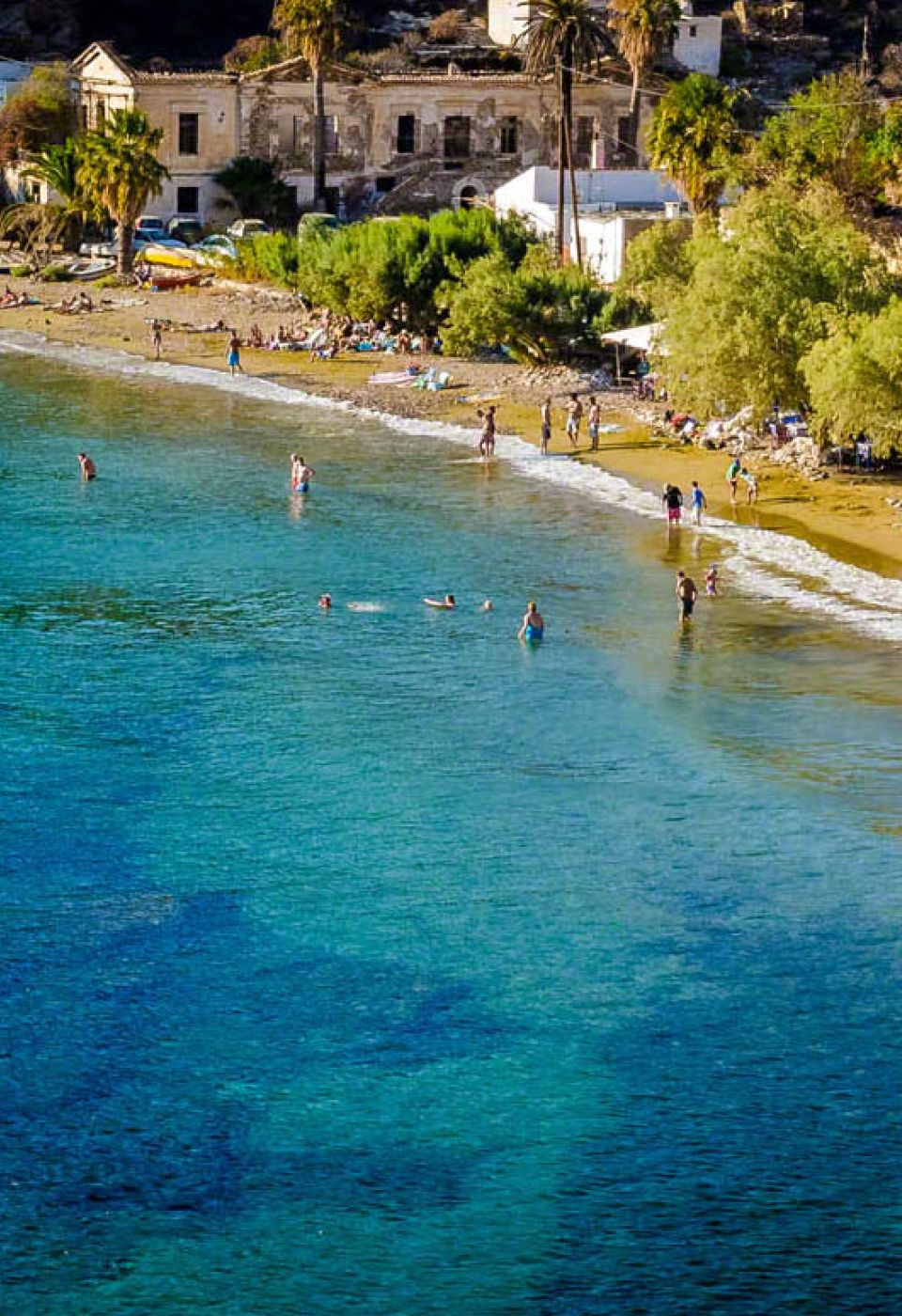 The settlement was founded in 1880 and it is located at the southwestern side of Serifos in the homonymous bay.It The area was flourishing while the mines where in operation and up until1963 when the mines closed. back in those days, the area boasted a Chemical Laboratory, schools, a police station, grocery stores, bakeries, tailor’s shops, shoemaker’s shops and houses, some of which still exist but are now abandoned.

At the end of the bay there is still a neoclassic building (following Tsiller’s architectural style) with big palms, which used to house the headquarters of the mine company, “Serifos-Spilialeza”.

Koutalas is a coastal settlement at the southwestern side of Serifos. It developed when the island’s mines were still in operation and it was the island’s mining center.

Iron loading ladder at the settlement Koutalas of Serifos

Welcome to Serifos Apartments on Livadakia Βeach, in the Cyclades